The inspiration of others 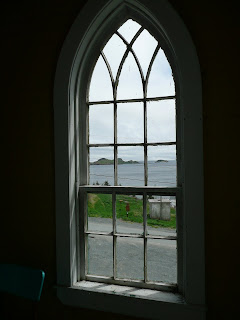 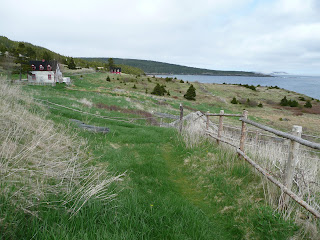 What a fabulous fun filled weekend!  This past weekend was the AGM for the Craft Council.  On Friday we traveled down the Southern Shore to visit the studios of Nicola Hawkins, Peter Sobel, and have lunch at Five Island Art Gallery.  It's so refreshing to see other people's creative environments.  Nicola and her husband have transformed an old church into the most mind blowing home and studio space.  Truly a multi-talented woman.  It will be exciting to see her upcoming show at The Rooms after the sneak peak she gave us.  Lunch was lovely at Five Island Art Gallery, surrounded by the artwork of so many accomplished painters, as well as the rugs of Laura and Sheila Coultas.  The gallery is a beautiful space in an old schoolhouse.  We had a lovely day for a walk after lunch, and Vicky showed us where the East Coast Trail connects in Tors Cove.  Beautiful vistas.  And you've got to love small old towns where they leave the church unlocked.  Old-school woodwork in there.  Attention to the details.  In Witless Bay we were an entranced audience as Peter Sobel peppered us with his boundless ideas and plans, and showed us his clay and painting studios, as well as his gallery, garlic beds, and finally his home, where his wife joined us and we spent the rest of the afternoon eating cookies with beverages and watching the gannets and whales out in the bay.  Phew, and that was just Friday!  Here's some pictures: 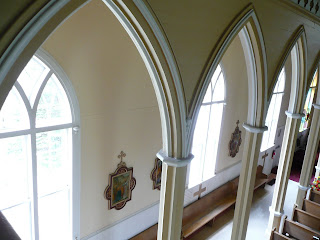 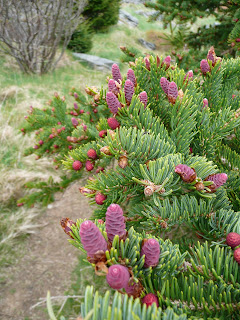 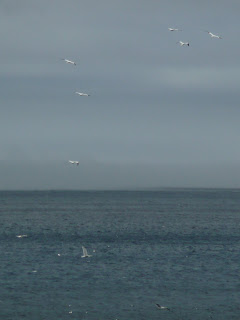 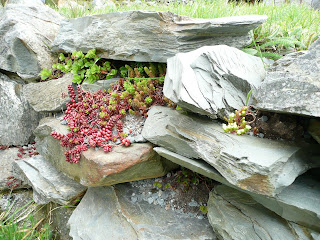 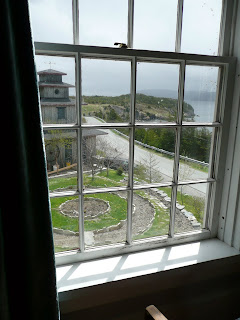 Saturday evening was potluck and slide show night.  If there's a better combo out there I don't know what it is.  The brie and chive biscuits I brought were a big hit - thanks Cecily!  John Goodyear showed and explained to us the evolution of his work and some of the woodworkers that inspire him.  It adds so much to hear where an artist's ideas come from, it gives the work more substance in a way.  Isabella St.John then showed us a selection of slides that earned her the contract to make the lantern-like forms that the lucky recipients of the EVAs took home this weekend at their awards gala.
Sunday was the AGM, and I will say I was a bit leery of going.  I've never attended an annual general meeting before, and I feared it might be hard to stay awake.  But it wasn't!  It was very interesting.  I hadn't realized how interconnected the different parts of the Craft Council really are.  And everyone cares about the success of all the other parts.  I won't deny it was a long meeting though, and it has taken a bit of time to find the creative spark I felt after the creative injection we got on Friday and Saturday.  But it's great to feel a part of a craft community that is so supportive.

Please take some time to peruse the links below for info on some of the artists I encountered on this great weekend:
http://www.fiveisland.ca/
http://www.petersobolart.com/
http://www.csda-ccad.org/ornSpring2010Domestic.cfm  (Article on Nicola Hawkins)
http://www.johnpaulgoodyear.ca/
http://nlac.nf.ca/awards/stjohn.htm