Not all the same beast 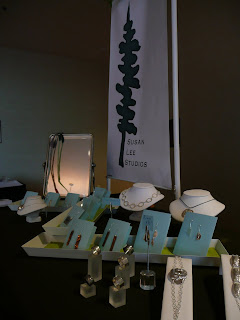 Craft fairs are puzzling.  Each one is so different from the last.  I'm finding that there's no set-in-stone expectation for the atmosphere, the sales, or the customers.  I was anxious about the fair this past weekend, because for the most part I was flying solo, with no booth sitter, for three days.  However it was a fair unlike any other on which I'd based these anxieties.  The craft tables were set up just off the lobby in the Sheraton hotel, and we were invited there to display our wares for the national AGM of the RCMP Veteran's Association being hosted here in St. John's.  So the venue was comfortable in the extreme.  We had access to coffee and muffins and pastries all day.  The room was spacious and inviting.  Washrooms were conveniently close at hand.  But sales were sluggish to non-existent for the first day and a half, and there were great lulls of inactivity whilst the vets were in their meetings. 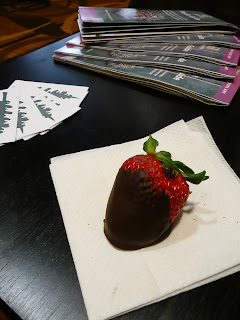 Which leads me to ponder how long craft fairs in general should be in duration.  People do like to browse, and ponder what they've seen, and have time to come back.  But I do think that given this time to peruse and ponder, people will not purchase less, if the fair is shorter, than they would if it were longer.  A few of us punched a VERY long second day at this fair, and my sales did begin in earnest at 10pm that night.  Most purchasers saved their spending for the final day, as would seem logical, since it was their last opportunity.  Marketing to visitors also is different, since they know, for all intents and purposes, that if they want what they see they should buy it now.  But they wanted to see it all before they made a final purchasing decision, and fair enough, which meant we had to wait till the final day of the convention for them to have seen all they could when they were out and about on bus tours and the like.  The customers were lovely though, and it was such an happy group of people to be on the periphery of, as they reminisced and recounted tales of their varied postings across this country over the years.  At right is how my last day of the fair began.  Not too shabby! 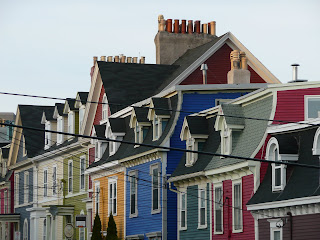 I was inspired this week by the postings of Island Sweet to carry my camera on my evening walks.  Because the same old same old is really quite beautiful when you remember to look with fresh eyes! 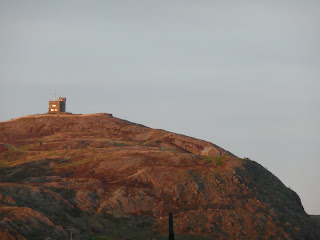